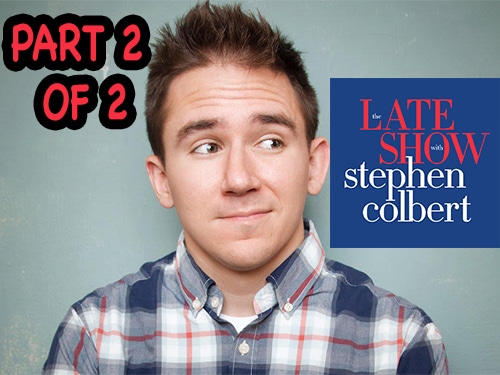 In this second part of our CLEAN comedy interview of the pathologically nice Steven Rogers, we jump right into great material. We listen, laugh, and geek out over it through the lens of everything we explored about clean comedy in part one, so if you haven’t listened to the first installment, do that now. The bits we picked are fantastic–you’ll get some legendary Ray Romano, a taste of the genius Finish comic, Ismo Leikola, and some early hilarity from the brilliant buffoon that is Nate Bargatze. And we listen to Steven's appearance on the The Late Show with Stephen Colbert! The episode touches on about how clean comedians get creative with curse-substitutes, how clean can be just making the audience fill in the filth themselves, “I know I look like” jokes, clean comedy and irony, logical absurdity, ya know, more things.
Listen...→
Copyright Jeffcorp Enterprises: A Jeff Company, subsidiary of Jefficom, part of the Jeffbrands family. All Jeff rights reserved by Jeff and for Jeff. Please direct all questions to Harrison.
Back To Top
×Close search
Search
×