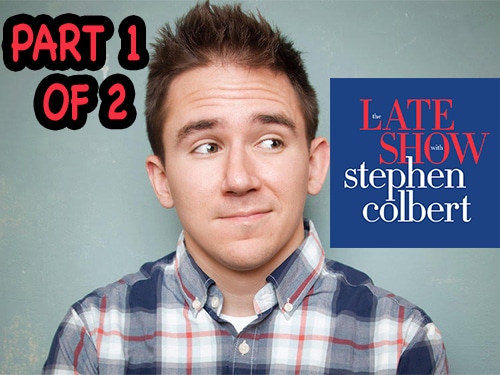 It’s hard to say whether Steven Rogers is nicer than he is funny or vice-a-versa, but with Stephen Colbert and Brian Regan giving him their official thumbs up, the formula works. Steven will hate this description, but he’s so neighborly, let’s call him stand-up’s young Mr. Rogers. As such, Mr. Rogers, Jr., joins us to discuss CLEAN as it relates to stand-up comedy, and we get some great insights as Steven shares his experiences of opening for Brian Regan and doing The Late Show with Stephen Colbert.
Listen...→
Copyright Jeffcorp Enterprises: A Jeff Company, subsidiary of Jefficom, part of the Jeffbrands family. All Jeff rights reserved by Jeff and for Jeff. Please direct all questions to Harrison.
Back To Top
×Close search
Search
×