skip to Main Content
Menu
Episode 041 PACING - Joe Zimmerman: "It has to be 3x funnier than it is them learning" 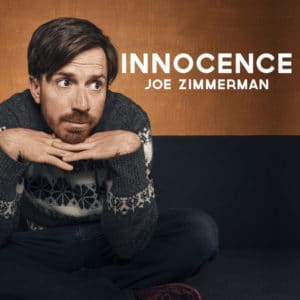 PACING
Fresh from a set on the Late Late Show with James Corden and just two days after dropping his new Comedy Central Records album, “Innocence,” the highly credited and ridiculously funny Joe Zimmerman graced us with a wide-ranging discussion loosely focused on PACING in stand-up comedy. Also of note, Joe responded to John Mulaney’s fervent public wish that he could steal one of Joe’s bits.

Pacing is a feely thing. Some of it’s instinctual, and some of it’s learned; but you learn pacing by feeling it out. No one clicks a stopwatch to count the milliseconds between the setup and the punchline. Pacing gets even murkier because the effective pace of a comedic bit varies depending on how “hot” or “tight” the crowd is, which a comic can only ascertain by listening to the audience, and the comic can only hear the “tells” from lots of experience on stage. So from a theoretical comedy craft perspective, this topic was tough to do. But thanks to the brilliantly silly comedy of our very accomplished guest, Joe Zimmerman, this episode is a damn great listen. You’ll hear us talk about monks, self-help books, sexual attraction theories, Alfred Kinsey, Socrates, and so much more. We go through our favorite bits of his, digging into how he developed his material. We quiz Joe on how he employs his masterfully deliberate timing combined with a crafted naïveté that renders comedy like a laughy lullaby. Best of all, we laughed uncontrollably as we listened his two albums to prepare for the recording, and it made us feel lucky that we get to do this show.

ABOUT THE GUEST COMIC
Joe Zimmerman grew up in Morgantown, West Virginia, and started his comedy career in North Carolina. While living in the South, his stand-up group the Beards of Comedy landed a record deal with Comedy Central Records. He moved to New York City in 2012, quickly appearing on The Late Late Show and John Oliver’s New York Stand-Up Show, as well as performing at Montreal’s prestigious Just for Laughs festival. His resume has since grown to include The Tonight Show, Conan, Nickelodeon, Last Comic Standing, and his own Comedy Central Half Hour. Joe’s solo album Smiling at Wolves reached number two on the iTunes comedy charts and is played regularly on SiriusXM. His second album, Innocence, was released in October of 2018 by Comedy Central Records. Go get it!

Joe’s new podcast, “A Great Listening Experience” details his questionable attempts to attain infinite knowledge and power. Among his many podcast & radio appearances, he has recently appeared on 2 Dope Queens, The Dork Forest, Bob & Tom, The Todd Barry Podcast, and The Artie Lange Show. Joe is frequently touring, headlining clubs around the country, and occasionally opening for super stars Brian Regan and Ricky Gervais.

Thank you, Joe! We had a blast, start to finish. 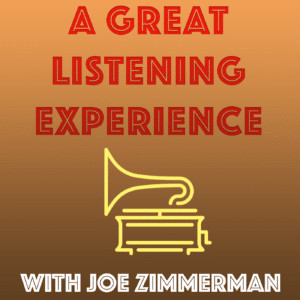 And, Salt N’ Peppa, nothing tastes good without you in my life.