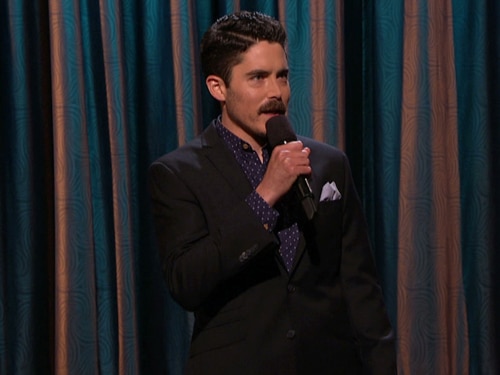 TRAGEDY
The brilliant storyteller and comedian Doug Smith explores the use of TRAGEDY in stand-up with us through a seminal bit by Patton Oswalt and a story Doug recently performed on Comedy Central’s “This Is Not Happening.” Tragedy brings people together, and no other art form addresses tragedy quite like stand-up. What is it about tragic material that lends itself to a magical connection? How can you get an audience to go along with your insistance that this tragic thing is comedy? How soon do you start working on tragedy to turn it into laughs? What’s it like to get notes from a TV producer about your own personal story? This and a whole lot more.

NOTE: Don’t miss the end. It gets REALLY good when we dissect Doug’s Comedy Central set.

ABOUT THE GUEST COMIC
In March of 2018, Doug told a story on Comedy Central’s “This Is Not Happening” with Roy Wood Jr. It’s about how he saved a woman from being raped in the New York subway and got stabbed in the face as a result. And it’s HILARIOUS. Doug Smith was on Conan in 2016. Following his selection as a New Face at the Montreal Just for Laughs Festival in 2013, he’s been featured at the Oddball Comedy and Curiosity Festival, Bridgetown Comedy Festival, and the NY Comedy Festival where he was chosen to host six sold out shows for Norm Macdonald. Doug co-hosts the stand-up/variety show See You in Hell which The Comedy Bureau listed in the Top 100 Best Things in Comedy 2014. In 2015, Doug was a finalist in Caroline’s March Madness competition as well as the NY’s Funniest competition. He is also the creator and star of the web series Secret Weapon, which received high praise from numerous comedy websites and was a finalist at the Channel 101 festival. In addition to Conan, Doug’s TV appearances include AXS TV’s Gotham Comedy Live and Fuse TV’s Uproarious. 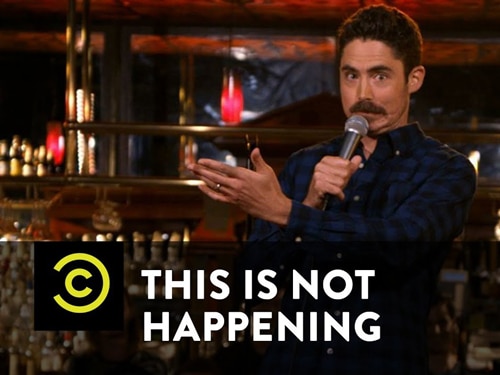 FEATURED BITS ON THIS EPISODE
– Patton Oswalt – Widower (2017, Annihilation)
– Doug Smith – His Conan story (told live)
– Doug Smith – Stabbed In The Face (2018, This Is Not Happening)

And a huge thanks to our guest, Doug Smith!

Also, a super duper extra special thanks to Bobbi Jeane Misick! She’s a wonderful up-and-coming comedian who generously offered to help with the editing. BJM, you’re the bomb diggity!

Special thanks to Patton Oswalt for his depth and mastery of the craft we so love.

And, SnP, our love abides. We love you, we love our parody of your song, and we love continuing to go unsued by you, which would of course be pointless considering how fair our use is of your now unrecognizable song.