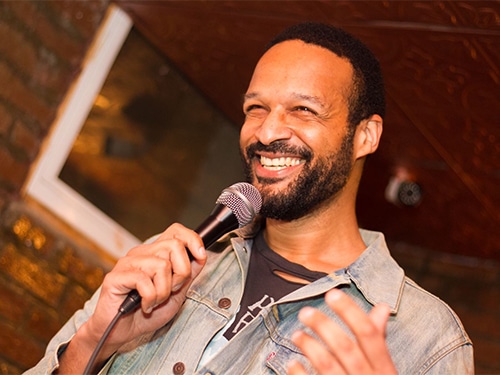 CHARACTERS
The hugely funny and big-hearted Cyrus McQueen boomed out his theories on CHARACTERS in stand-up. A consumate performer, he jumped in and out of character throughout the episode as we discussed the role of character work in stand-up comedy. What is a “character” in stand-up? How does character work affect how an audience judges the comic? And how will an audience experience the ideas you’re conveying if you’re in a character? Plus a lot more, like some advice Bill Burr gave him on staying true to your own sense of humor. This episode was fun as fuck!

ABOUT THE GUEST COMIC
Cyrus McQueen is a comedic full force gale of theatrical act outs, characters, impressions, and political insights. Originally hailing from inner city Boston, he’s got himself a Magna Cum Laude in Poli-Sci from Northeastern. After a brief stint in DC, disgust with the system led him out of politics and into entertainment. Cyrus then pursued acting–a classic hero’s journey refusal of the call to adventure. He supported himself working the door at a comedy club, laughing it up with the likes of Bill Burr and Jim Gaffigan, adding tags to other people’s jokes and still not doing stand-up. Since finally taking the stage as a comic, he’s been on Last Comic Standing (semi-finalist), Gotham Axis TV, and he performs all over the country. Also, he’s got a helluva Twitter game going on! 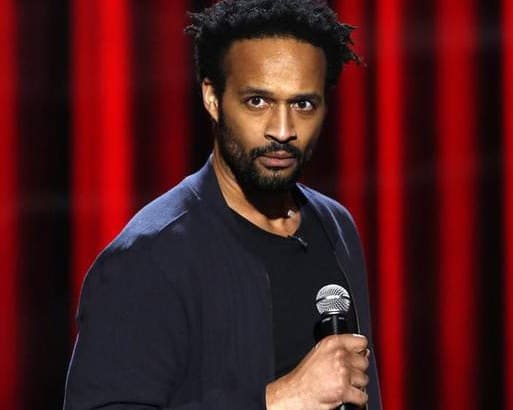 Thank you, Cyrus McQueen, for killing it on this episode and dropping knowledge on characters, stand-up, and life. We appreciate your philosophy of warmth and kindness in comedy.

And, as always, big thanks to Salt N’ Peppa for all the love they show us by not suing or not yet suing us over our very fair use uber-parody of their fantastic hit song.