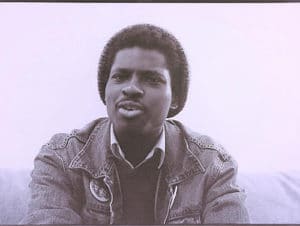 RELATABILITY
CW Headley is a very funny person whose hilarious perspective is informed by a need for reassurance to which anyone can relate, a universal human need he renders funny by its specific CW intensity. In this episode, all three comedians lay bare their underlying primary insecurities as they explore how “relatability” functions in stand-up. Why is it important? What are some common misconceptions about it? How to the greats do it? The comics spend 90 minutes trying to figure it out. Oh, this one is a riot. Some episodes are more interesting than funny. This is not one of those.

ABOUT THE GUEST COMIC
CW is a 22 year-old stand-up comedian originally from Whitehall, Pennsylvania, where, legend has it, he was the only black male allowed by law. He’s performed all over the Big Apple at New York Comedy Club, Broadway Comedy Club, Greenwich Village CC, and Gotham Comedy Club. He writes for player.one, a specialty website owned by Newsweek that focuses on gaming, movies, TV, and all things nerd. He wrote a novel called, “The Good Giver” in high school, and anyone who sees him on stage can see that his way with words and his incisive mind will take him far because, and this is important, CW DOES A GOOD JOB!

A big bucket of thanks to our guest, CW Headley. His search for him on YouTube for more of his great bits.

Special thanks to the undead Andy Kaufman, Bo Burnham, and Dylan Moran. And, as always, a tip of the hat to Salt N’ Peppa for all the lack of lawyering over our fairly used wee bit of their iconic song. May their dance pants always sparkle!