skip to Main Content
Menu
Episode 010 VISUALIZATION - Fumi Abe: "An open mic happened around me and ruined our evening" 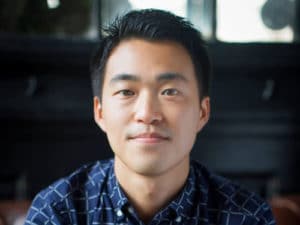 VISUALIZATION
NYC comedian, Fumi Abe, chops it up with the hosts to take apart a heavy-duty tool of the craft of stand-up, “visualization.” Using his trademark wit and insight, he helps us investigate how the greats make movies in our heads by using voices or not, employing vivid description or just a few words, or just playing out a conversation. Bits with heavy visualization tend to be unforgettable, and the bit selections this week are definitely that. This episode really came together, both on topic and on point.

ABOUT THE GUEST COMIC
Fumi Abe is a Japanese-American stand-up comedian based in New York City by way of Columbus, Ohio. He has performed at clubs such as The Stand, Broadway Comedy Club, Caroline’s on Broadway, FunnyBone, Laugh Factory, as well as alternative comedy venues including UCB, The Peoples Improv Theater, and the Annoyance Theater.

Just this year, Fumi was selected as a semi-finalist at the Stand Up NBC competition. In addition, he has performed at various comedy festivals across the country including: The Comedy Exposition, Hell Yes Fest, Cinderblock Festival, Devil Cup, Laughing Devil, and Snub Fest.

Aside from stand-up, Fumi was recently featured on MTV Decoded and Seriously.TV, and he is the co-founder of the sketch group Hack City Comedy. 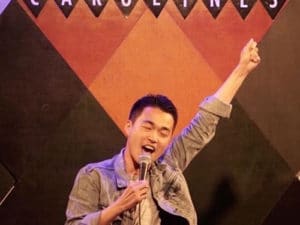 And a gargantuan thanks to to our guest, Fumi Abe.

He has a monthly stand up show called Hack City Comedy. It’s every third Wednesday at Black Cat LES in Manhattan. They give you free crepes! Hack City Comedy also has a YouTube channel for their hilarious sketches. Please subscribe! They only need 40 more subscribers to have their own special URL. In the meantime, here is Fumi’s channel:
https://www.youtube.com/user/MasafumiAbe/

And as always, thank you to Salt N Peppa for not lawyering up to sue us out of all the money we don’t make for oh-so-fairly using and super-duper-modifying a minuscule portion of their song.

And a very, very special thanks to Dr. Benjamin Cerf, who uses his Doctorate of Economics to convince his best friend which parts of this podcast will reduce consumer demand.