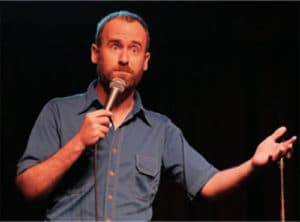 Dave Columbo magically pulls off fast, smart comedy as a goofy, nerdy everyman. His writing is absolutely on point; his jokes are so well-written they could even stand on their own, without him, like a criminally dirty pair of jeans. Above all, he knows how to be a silly billy, so this episode is dedicated to silliness. In the context of stand up, what, actually, is silly? What purpose does it serve? What isn’t it? We wrestle with these utterly non-critical quandaries and then dive deeply into some super silly bits.

ABOUT THE GUEST COMIC
Our guest, Dave Columbo, is a stand up comic working out of New York. He’s played at New York Comedy Club, Broadway Comedy Club, The Stand, Bananas, and Catch A Rising Star. He’s also performed at the Mosaic Festival and a variety clubs around the East coast. In addition, he is a writer, a commercial and voice over actor, and a producer of multiple web series including Pitchin’ Bits and Cautiously Poptimistic. 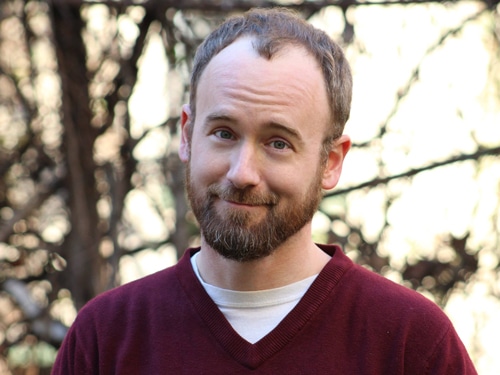 Oh, and special thanks to Dana Carvey, John Cleese, Eddie Izzard, Nick Swardson, and (as always) Salt ‘N Peppa for all of our mind-bendingly fair use.