skip to Main Content
Menu
Episode 003 ABSURDISM - Brandon Scott Wolf: "Put it on my tombstone. I am filler." 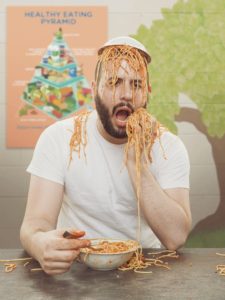 on Scott Wolf is wonderfully absurd, both personally and professionally; so this episode is dedicated to absurdist stand-up comedy. What is absurdism? How does it work? What is the point of absurdism, if there even is one? Why is absurdism rare in stand-up, and why is that a good thing? The comedians couldn’t stop laughing at their collective inanity, so this one is BONUSLY long. And it’s totally worth it.

ABOUT THE GUEST COMIC:
Brandon Scott Wolf is a Brooklyn-based comedian and TV writer who was described by The New York Times as “a droll one-liner comic with a passion for absurd comedic ideas.”

His stand-up credits are numerous. Not only is he a UCB featured performer, he’s been on Funny Or Die, a variety of festivals, and TBS’s Lopez Tonight. He’s also been a staff writer for NBC’s Best Time Ever with Neil Patrick Harris and a freelance contributor for Saturday Night Live’s Weekend Update! He even got his start at “The Onion.”

Brandon’s online comedy has also “gone viral” few times and been featured in news outlets, radio stations, and TV shows around the globe. Links to his online comedic work are listed at the bottom, and they’re worth those clicks. 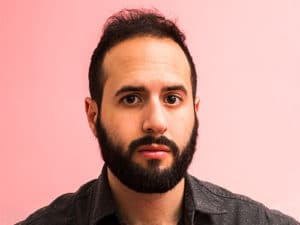 Special thanks to Nick Swardson, Noel Fielding, Nick Vatterott, and Rory Scoville, (as always) Salt ‘N Peppa for all of our decidedly fair use.