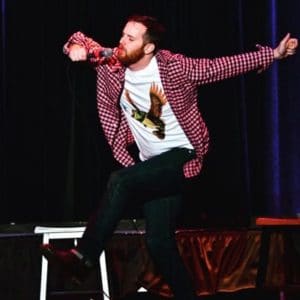 OPENERS
Drew Morgan perfectly kicks off the show with an episode focused on openers. What are they? What are they supposed to communicate? And why do comedians obsess over them? Drew shares his theories and a few examples, and then we dissect a few of the greats.

ABOUT THE GUEST COMIC
Drew Morgan is a standup comic, author, and comedy writer. He’s currently on tour with Trae Crowder (“The Liberal Redneck”) and Corey Ryan Forrester as part of “WellRED Comedy Tour.” Drew, Corey, and Ryan also co-wrote a best-selling book titled “The Liberal Redneck Manifesto: Draggin’ Dixie Outta the Dark”, which can be purchased at Target, Barnes & Noble, Amazon, and wherever else books are sold. And you can catch Drew on the “WellRED Podcast,” which you can find on iTunes.

Special thanks to Maria Bamford, Jeff Foxworthy, David Cross, and (as always) Salt ‘N Peppafor all of our wildly fair use.

You can learn more about Drew on his website at www.averagedrew.com or get in on his wildly popular comedy trio at wellredcomedy.com. Even better, grab a copy of his co-authored book, The Liberal Redneck Manifesto: Draggin’ Dixie Outta the Dark.